I chose to study Arabic for the sole reason of getting to know my Creator better. Allah (subhana wa ta’ala) revealed the Qur’an to mankind in Arabic and filled the language with beauty and eloquence unmatched by any other language. It only makes sense that the beginning of one’s studies of the deen would be in His speech. Not only is Arabic the language of the Qur’an, but it is also the language of the Prophet (sallalahu alayhi wa salam), which only adds to the reason why learning it is so dear to me. 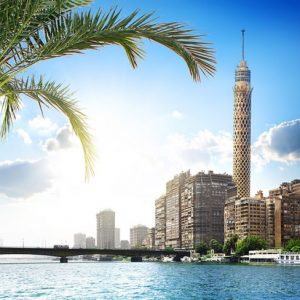 To be able to understand and to truly ponder and analyze the teachings of the Qur’an and Sunnah is the key to knowing Allah and becoming your best self.

When my husband and I finally made the decision to leave our home, work, and school to study abroad, we had been looking into other institutes aside from Studio Arabiya Institute. It was after much deliberation, consultation, and prayer that Studio Arabiya seemed like the best fit for us. We wanted somewhere that not only worked with our budget, but would also offer us more than just the language itself, but an enriching lifestyle. I can honestly say, that we’ve received just that.

It wasn’t hard to get in touch with Studio Arabiya to inquire about the programs. Once we made the decision to apply for the year-long Classical Arabic Study Abroad program we were contacted to schedule an evaluation. Personally, I’ve never studied Arabic, so I already knew that I’d be in the beginner’s bracket. The evaluation was online, it consisted of basic words that we were asked to translate (if we knew), and the reading of a short passage from the Qur’an, followed by identifying any words or meanings we were familiar with.

After the evaluation, we were promptly emailed with our acceptance letters! We then had about four weeks to prepare. We had a lot of research to do and a lot of packing to do. Studio Arabiya gave us a short list of things that we should bring and a list of things that the apartment would have, which was incredibly helpful. We didn’t have to worry about getting the visas right away as we would get them upon arrival.

We bought our tickets for one week before class started so that we would have time to adjust to the time difference, which from Florida is 7 hours, and to allow us to get settled before jumping into studies.

When we finally arrived, we were surprised to find that the Studio Arabiya building was not only the location where the classes were held, but the apartments were right upstairs!

To me, this was such a blessing, as we were welcomed warmly and were made to feel very comfortable. We always have someone to go to when we need help, have a question, or even just need to get our gas tank changed.

We’ve been here now for just over a month, and I truly feel as though I have a second home here in Egypt. It wasn’t long before I fell in love with all its quirks, from hearing the athan at every prayer, to listening to the Qur’an played in the streets, seeing children playing at all hours of the day, to walking not even a mile to get my fresh produce and groceries,  hearing the cats and dogs conversing all night, and of course to finally starting to understand Arabic.

After only three weeks of class, I can already go to the Qur’an and pick up words I’ve read a hundred times and had never known the meanings to. I can carry a very basic conversation and piece together words to get the message across. Even the gentleman at the corner store recognized how we’ve improved in just a short time!

I can’t wait to see the results of a year of study, insha’Allah!

The Top 3 Countries to go to for Learning Arabic
Best way to learn Arabic If you are still wondering whether or not you should learn Arabic, then you’ve probably ...