Posted in Living in Egypt, Preparing for Egypt

Nobody likes to pass the chance of a good meal especially when it costs so little. One of the allures of the tantalizing Egyptian street food stems from the fact that they are cheap and readily accessible. So, if you are going to live in Egypt, have no fear as regards the quality of the meal you will find on the streets of Egypt. There is more to the amazing feeling around Egyptian food than just the elegance of the meals. We are talking about the reassuring feeling and fun-filled experience one gets in the midst of the busy cities in Egypt. So, if you are living in Egypt, you’ve got to treat yourself to the Egyptian street food at least once, because this is the food that represents the true taste of Egyptians. It is the one you find many locals eating, so you are assured of quality Egyptian recipes and ingredients anytime anywhere in the country. Egyptian street foods are just so affordable, and you can always get a good value for every single Egyptian pound you spend. There are so many amazing dishes on the streets of Egypt, and their special seasoning and spices will surely melt your taste buds, leaving you asking for more. Whether you are a fan of Farahat or you lean more towards the classy restaurants, here is a list of some Egyptian street food that will, no doubt, leave you craving for more. 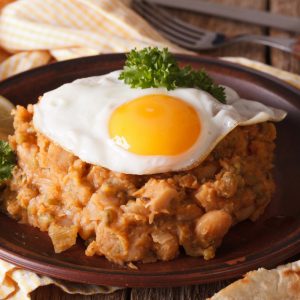 If you are living in Egypt, there is one very popular thing that you cannot attempt to avoid – and that is the very common Egyptian Fuul. This meal is considered Egypt’s national dish; such is its popularity. You can find full everywhere in the country, so you don’t need to travel so far in search of this type of Egyptian meal, because it is just so popular. There is barely one Egyptian local who would pass the chance to sit with friends over a round of fuul. Fuul is made from cooked fava beans mixed with so many Egyptian spices and egg and usually served in a pitta bread. You find so many locals eating fuul very early in the morning, and you wonder why they love it so much. Well, fuul is protein-rich and if taken in the morning, it could last you the whole day. Many locals love to combine fuul with taameya (a type of Egyptian falalel with fava beans), so you will always find the two together at almost every vendor’s shop in Egypt. Fuul will only cost you few pounds, and you can readily find it on the streets of most cities in Egypt. 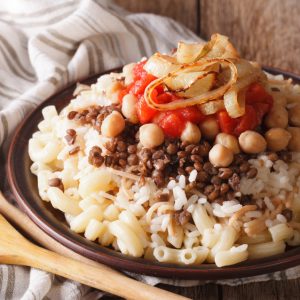 This is a meal that many foreigners will find appealing because of what it’s composed of. A bowl of koshary is always made of a combination of spaghetti, rice, lentils and spicy chickpeas, covered with a seasoned tomato sauce. Now you see that life in Egypt can be so comfortable for a foreigner too, with the types of foods you will find on so many Egyptian streets. Koshary is a popular food that foreigners, living in Egypt, can easily relate with, and it is so budget friendly too. Many people sometimes call koshary a poor man’s food because of how inexpensive a bowl costs. In spite of being so cheap, a bowl of koshary is enough to fill an average individual for so long. Like that isn’t enough, some vendors even let you add some vinegar sauce to your koshary, in order to give it an additional taste and flavor. Never miss a plate of koshary if you every get to live in Egypt, because it is a meal that depicts the real taste of Egyptian flavor. 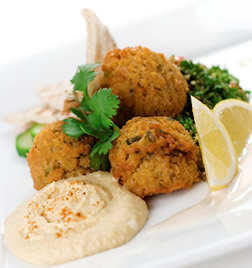 Is there a place you go in Egypt and you don’t perceive the delicious aroma of taameya being fried? Doubt it! This meal made with fava beans, rather than chickpeas, is a popular street food all over Egypt, with kids and adults always standing in long queues just to buy taameya. It is commonly served early in the morning, because this is the best time to eat your taameya. However, you can always get it anytime of the day too. It is believed that the meal was invented by the Copts as an alternative meal to eat during Ramadan. Those fried treats you find on the street of Egypt are just so delicious and tantalizing that even the Middle-Easterns has adopted them in their countries. You can always take your taameya with a round of fuul. 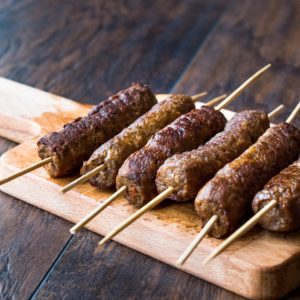 Kofta kebabs is the Egyptian version of the popular Egyptian Kofta, which are either lamb or goat meatballs. You can find kofta on every street and restaurants in Egypt. If you are living in Egypt, you don’t want to miss a taste of these special delicacies. Kofta Kebabs, which is usually either minced lamb or minced goat mixed with spices and lots of onions, are always placed on metal skewers before grilling. Kofta Kebabs are so popular in Egypt, because of how readily available they are. They can be easily picked from any street vendor and eaten straight up as a food snack. You can even combine it with other types of foods to make them more delicious. It is the absolute street snack that you will find tasteful and elegant! 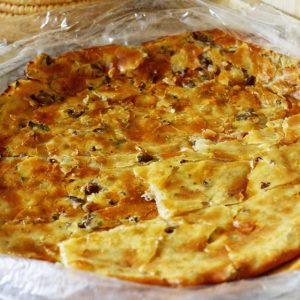 This is often called the Egyptian pancakes but when you consider how it is made, you will realize it is more of a pastry than a pancake. Fiteers are made of several layers of thin, phyllo-like dough. Although some consider fiteer to be a snack, it is still one of the most popular types of street foods in Egypt. Fiteers are usually filled with icing sugar, or any other sweet fillings to give it a deliciously sweet taste. Fiteers filled with savory fillings usually have toppings like a pizza before being placed on a grill. You can get your one-piece fiteer in Egypt anytime of the day, and even at night. 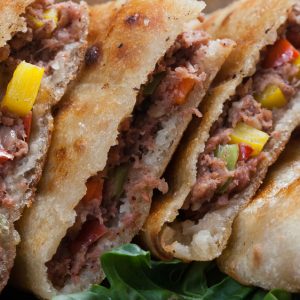 You will never find a meal more delicious than the Egyptian hawawshi. This Egyptian street food is very similar to the Turkish lahmacun pizza. It is one of the fast-foods on the streets of Egypt. Hawawshi is prepared from cooked, minced meat, chilies and onions, which are then put between two layers of Arabic bread dough. This sandwich is then roasted in an oven before being sliced into crusty slices so that it can be easily consumed as a fast-food. If you want to enjoy a more delicious hawawshi sandwich, you can get it at many Egyptian restaurants where they are served as a whole. 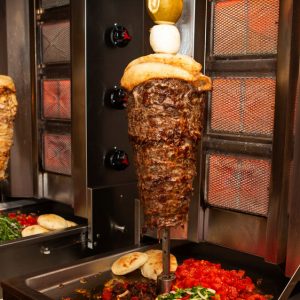 There is barely any country in the world where you don’t find a version of shawarma, and Egypt is undoubtedly where you find some of the best versions of shawarma. This global street food is also an Egyptian routine, with many vendors serving them in tantalizing versions. You can have yours dished in chicken or meat spices depending on your taste.

By and large, Egyptian street foods are appetizing as they are tantalizing. You cannot get enough of these meals when you live in Egypt because there are just so many of them to get your day going. Whether you want something to begin your day with or you simply want a taste of the Egyptian spice anytime of the day, there is always a good option available anywhere you are in Egypt.

HOW DID PEOPLE LIVE IN ANCIENT EGYPT?
WHAT KIND OF HOUSES DID ANCIENT EGYPTIANS LIVE IN?
5 ARABIC SPEAKING COUNTRIES YOU NEED TO VISIT

What is the difference between modern and ancient Egypt?
Ancient Egypt has always been the subject of attention ever since the discovery and deciphering of the Rosetta stone in ...

5 Arabic Speaking Countries You Need to Visit
ِِArabic language history Arabic as we know it first began to form somewhere between the 1st and 4th centuries AD. ...

How Did People Live in Ancient Egypt?
Ancient Egypt Culture and lifestyle is always a part of any group of people and such is the situation with ...